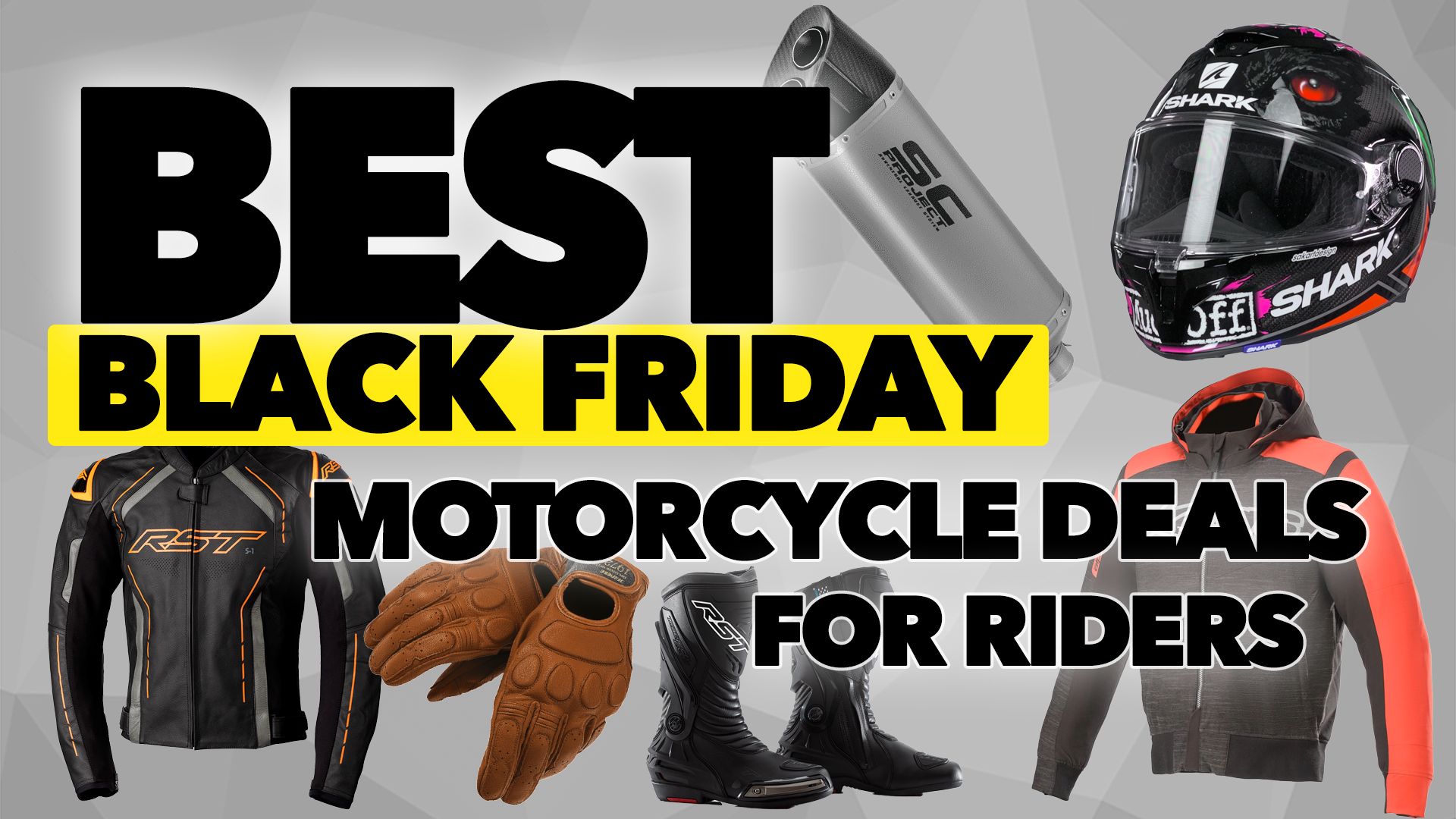 BLACK FRIDAY is on the 25th of November 2022 and retailers across a range of sectors are already slashing the prices of pretty much everything related to motorbikes. The rush to clear stock before the Christmas shopping season arrives is an ideal opportunity to treat yourself, or someone else.

With bespoke deals from a range of motorcycle-specific retailers, we have trawled the web to cut through the noise and help you hunt out the best biker buys. You’ll find everything from tech and clothing to motorcycle helmets and boots at greatly discounted prices. We’ve added a selection of the best deals to this page, and we’ll be updating it as new deals get announced.

While Amazon isn’t exactly the independent local retailer we like to support, it does come up with some cracking Black Friday motorcycle deals. In the current environment where every penny counts, it’s worth checking out what’s on offer.

20% off this awesome Machine Works MWHV2 Build Your Own V-Twin Motorcycle Engine toy to get your kids into motorcycle engineering, now just £34.30

All Amazon Black Friday Motorcycle deals can be found here.

Leading UK motorcycle kit and clothing supplier Ghost Bikes is holding its annual Black Friday sale. There are discounts to be had on everything, from Oxford leather jackets, motocross kit and protection, helmets and much much more.

Head over to our dedicated Ghost Bikes Black Friday page for a more detailed breakdown.

Harley-Davidson has announced a range of big savings across its casual clothing range. The deals can be found on everything from casual leather jackets, to jeans, hoodies, and t-shirts.

And the savings are significant, as this Men’s ‘Timeless Leather Jacket’ confirms. Its price is currently slashed to £298.20, down from £426, bagging customers a saving of nearly £130!

And it’s not just the men’s range that is getting the Black Friday treatment, as the women’s range of clothing is also getting some big discounts.

Ruroc helmets and Enginehawk apparel are both rolling out some big savings for punters this autumn, as the two sibling brands offer money off new kit and clothing, and even a free bundle of tech when you buy a new Ruroc ATLAS 4.0 helmet.

On Thursday 10th Nov Ruroc will be rolling back the price of the ATLAS 3.0 motorcycle helmets, along with all Enginehawk accessories and on and off-bike apparel. On Friday 18th November the Ruroc Atlas 4.0 will gain a new addition to the range as a new style is added. Black Friday is officially Friday 25th November, and that will see further ‘flexible’ discounts on more products in the range. Monday 28th November, also known as Cyber Monday, will see Ruroc and Enginehawk offering further ‘last chance’ savings.

Up to 70% off Enginehawk Jackets!

Up to 70% off accessories such as Shockwave and Visors

On top of the deals, Ruroc is already running one sizable offer called the ‘Riding Essentials Bundle’. That gives customers a stash of tech and accessories for the ATLAS 4.0 helmet worth £250 when they purchase any full-price ATLAS 4.0. The bundle includes a Shockwave comms system, a Pinlock, an additional visor of their choice and a helmet bag.

The MotoGP Black Friday sale has begun, and there are some tasty deals to be had! First up is a MotoGP pre-season video pass that can be bought for just €5. The pass allows you to watch all the racing from the 2022 championship, and the testing in the build-up to the 2023 season.

There are also discounts to be had in the merch store, with big discounts and items starting at just €10!

More information on the MotoGP Black Friday Sale can be found here.

The sale includes a €10 discount when you buy a WorldSBK video pass for the 2023 season, meaning you can watch every practice session, every Superpole, and every race from WorldSBK, WorldSSP and WorldSSP300 in 2023 for only €59.90.

And it’s not just discounts on the digital side of the series up for grabs this November as discounts of up to 35% are available on selected products in the merch store. The offer extends from different types of clothing such as jackets, t-shirts, polo shirts and much more including some items from top teams and riders in WorldSBK; you can get your hands on some official team and rider merchandise at a discounted price!

Check out the offers on the WorldSBK Store and WorldSBK VideoPass and don’t miss out on these great bargains!

This is a rolling page, and as new amazing Black Friday deals are added, we’ll be updating them here. So be sure to check back, to make certain you don’t miss anything!

HARLEY-DAVIDSON KICKS OFF 120TH ANNIVERSARY WITH REVEAL OF 2023 MOTORCYCLES