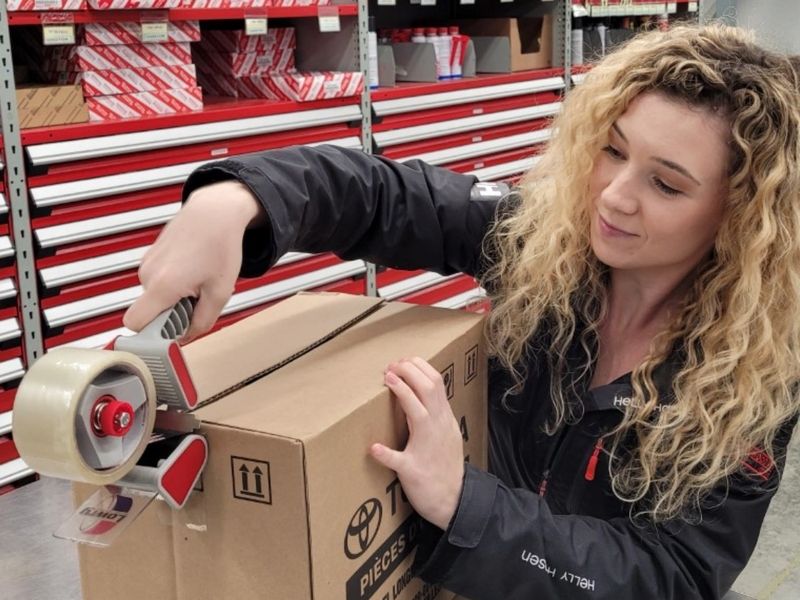 Internet, but they don’t have a lock on that market.

For Art Angielski, general manager at Sherwood Park Toyota near Edmonton, online orders have been thriving, with each month’s sales doubling those of the same month a year ago. The current volume means $50,000 to $60,000 per month in gross sales.

He said the revenue helps offset a decline in service visits as automakers introduce extended oil-change and maintenance schedules for new cars.

“Used to be oil changes were every 5,000 or 8,000 kilometres. Now, they’re 16,000 kilometres, so your visits per customer are dropping and you have to find new ways to drive revenue.”

“It’s four to five per cent now, but it was quite a bit more when we were in lockdown [because of COVID-19],” Lawrence said. “Now that people want to get out more, it’s gone down a bit.”

Lawrence said BMW-branded clothing and accessories are the top sellers, but his dealership is also selling parts to outside mechanics looking to repair clients’ cars as well as to owners of older BMWs looking for hard-to-find parts.

He said the best example of the potential to grow online sales is from a part he didn’t have.

“We were getting calls, about three or four a day, looking for the exact same part for a 1990s [BMW] Z3” he said. The part, a reflector, was not available.

“Somewhere in the U.S., someone posted on an online forum our website address, and that we were the only dealership in North America where you could get this part, just for this one reflector.

“The calls were coming from everywhere, Texas, Alabama, Florida.”

Lawrence attributes some of the interest for online parts to owners electing to keep their vehicles instead of trading them in.

“I think that’s what I’m seeing, people saying they don’t necessarily need a new car, or new-car payments, so they’re looking to keep a car on the road.”

“On the TRD stuff, we do very well, but here’s a surprise — we’re selling 15 to 20 RAV4 cargo covers online every month. Why those customers’ dealers aren’t selling them at the time of purchase, I don’t know, but it’s good for us.”

The Edmonton dealership recently sold a case of gear oil to an Ontario customer, which was another surprise.

“I can say with some certainty that Ontario has Toyota dealers [to go to].”

U.S. customers are drawn to his selection of TRD accessories — shocks, high-flow air and oil filters, suspension kits, wheels — that they can’t buy south of the border, he said. Angielski credits his success to

Edmonton-based digital marketer R22, which has built an online portal that allows Sherwood Park to photograph every part and offer how-toinstall videos.

“If you’re local and you search for ‘Toyota parts,’ we’re the first result that comes up.”

“That’s the biggest thing, being able to navigate smoothly through the dealership’s website,” he said. “If you have to submit a form or enter an email address just to ask a question, that’s a red flag. People think they’re going to get all sorts of spam.

Jean-François Champagne, president of the Automotive Industries Association, which represents independent service shops, said surveys show more Canadians are shopping online for everything from parts to fluids, and he expects that trend to continue.