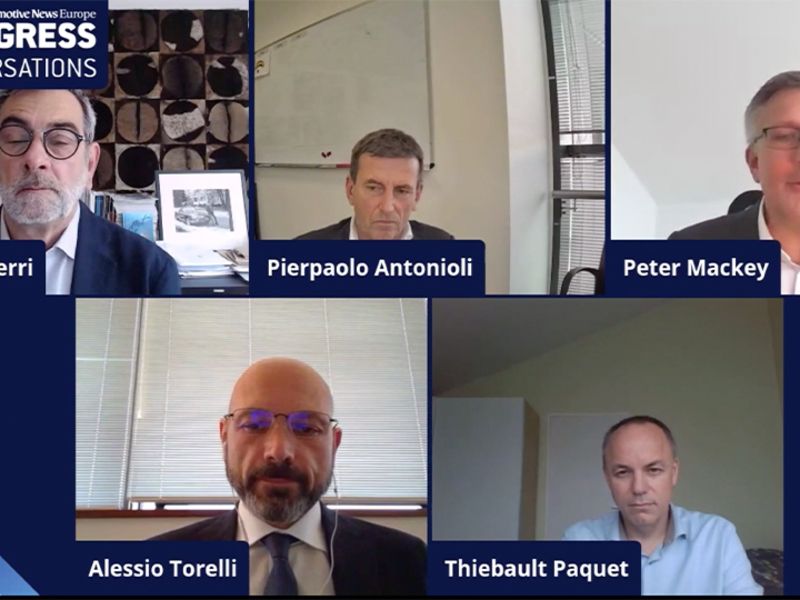 Initially finding it difficult to find customers, Punch Torino realized it needed to create a hydrogen hub with lots of different players. The company focused on buses, and so brought together a bus maker, a bus transportation company, a supplier of hydrogen and a supplier of engine components.

“So, we created a consortium because we needed to put together all these different actors altogether,” Punch Torino CEO Pierpaolo Antonioli told the panel. “Alone you cannot succeed.”

The cost of hydrogen is another stumbling point, particularly for the greenest version created by renewable energy.

Currently the majority of Air Liquide’s hydrogen is ‘grey,’ which means it is created from natural gas.

Air Liquide’s Mackey said that hydrogen currently costs between 1 and 1.50 euros per kilogram before transportation, compared with 4 to 6 euros for so-called “green” hydrogen created by electrolysis using electricity generated by renewable energy.

The cost of green hydrogen will fall by 60 percent by the end the decade, according to the Brussels-based Hydrogen Council.

Two-thirds of that cost reduction will come from lower renewable energy costs, and one-third from economies of scale in the electrolyzer industry, Mackey said.

However, there is currently a “$50 billion dollar” gap to reach that level of industrialization and for that to be bridged hydrogen needs to be used far more widely, Mackey said.

“Mobility of transport alone is not going to get us to that point. It requires an enormous amount of scale up and that requires adoption of hydrogen more broadly in industrial applications as well,” he added.

The beauty of hydrogen however is that “it can be produced almost everywhere” said Snam’s Torelli. You just need a renewable source of energy.

Snam’s plan is to install green hydrogen plants in North Africa fueled by solar energy and transport it to Europe through existing pipelines.

That could reduce the cost of transported hydrogen to about 2 euros per kg.

“There are signs that hydrogen can even become cheaper than gas,” he said. “Under these circumstances, of course, hydrogen becomes completely convenient against any other viable option.”

The bus transport sector is most likely to move to hydrogen first, Mackey predicted.

“It’s really developing very quickly in the near-term,” he said. Examples include the rollout in June of 20 fuel cell buses in London made by Northern Ireland-based Wrightbus. The buses run on hydrogen produced by Air Liquide.

“That’s a market that’s very sensitive to local policy and perhaps less driven by pure commercial arguments and more by air pollution in the cities and the social acceptance aspects,” Mackey said.

After buses, Mackey expects hydrogen trucks to take off toward the end of the decade with planes following in the mid-2030s.

The cost of moving to hydrogen can be mitigated by adapting internal combustion engines, Punch Torino’s Antonoli said.

“We have a product that is sustainable because it is using investments that have been already amortized several years ago,” he told the panel. It also keeps production and expertise in Europe. “We aren’t disrupting the supplier chain,” he added.