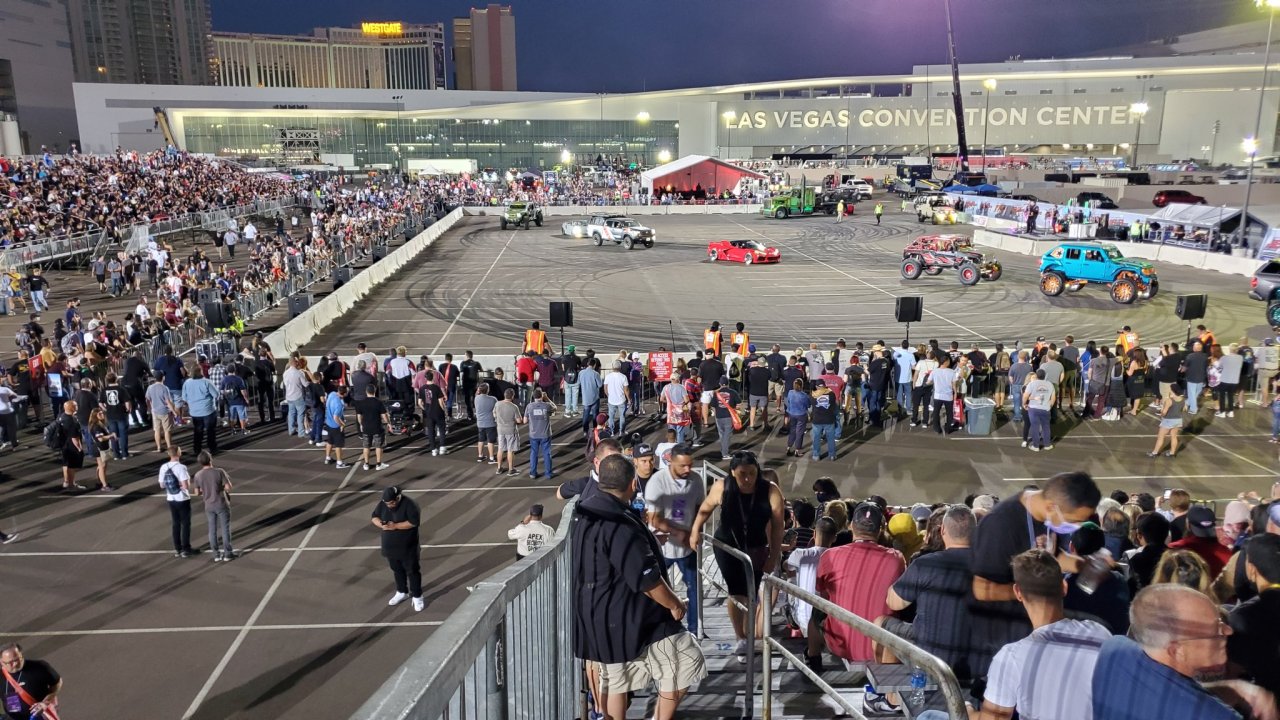 LAS VEGAS (KLAS) — It was the fourth and final day of SEMA 2021, and there was so much happening at the world’s premier automative trade show.

The previous day, outdoor activations put attendees and our own 8 News Now Reporter Bianca Holman in a high-powered Ford Mustang or new Ford Broncos for the Hoonigan’s Burnyard experience.

Show attendees were able to cheer on experienced drivers as they drifted and did burnouts and donuts with their special guest in the passenger seat.

While it was an industry-only trade show, the general public was invited to enjoy SEMA Ignited on Friday, Nov. 5 after 3 p.m. in the Las Vegas Convention Center (LVCC) West Hall parking lot.

The annual after-party allowed the public to get a glimpse of the latest vehicles, automotive products, and experiences the industry professionals have enjoyed the past few days at the LVCC.

General admission for SEMA Ignited is $20. Children 12 and under are free. For more information visit their website.

Before the party though, the top 12 builders from SEMA’s Battle of the Builders competition examined each other’s vehicles and voted on the ultimate winner. That’s right, they know the work that goes into each build, so they judge each other.

BATTLE OF THE BUILDERS FINALISTS

The overall top builder was announced at Silver Drive, during SEMA Ignited, as Robert Matranga. He is the builder of the 1955 Chevrolet Bel Air pictured below in the back row, fifth from the left.

Another winner on the final day of the show was DPS Automative, who won its second SEMA Professional Restylers Organization Cup Challenge for its accessory package installed on a 2022 Volkswagen Atlas.

Immediately after the show wrapped up, the official SEMA Show after-party SEMA Ignited began with a car cruise. Show attendees got in for free by showing their convention badge.

Vehicles from the 2021 SEMA Show begin parading out of the convention center showroom floor at 3 p.m. so everyone could watch as more than 1,000 vehicles headed towards the SEMA Ignited after-party.

Car enthusiasts without an event ticket lined the street as vehicles drove down Convention Center Drive.

The event featured drifting demonstrations, music, live entertainment on the main stage, food trucks, and hundreds of vehicles showcased at the SEMA Show.

Ticket holders could sit in the grandstands for a bird’s-eye view of the car cruise, or get a closer look at the many cars and trucks spanning the parking lot, displays in outdoor booths.

Many passionate about high-powered vehicles were also very excited to meet the people behind the vehicles and automotive accessories they admire. 8 News Now Live Producer Rocky Nash was able to speak with custom builders and companies behind the latest auto products and services.

The event ended at 10 p.m. in celebration of a week of innovation, education and automotive industry networking.

The SEMA automotive trade-only show has already scheduled the next event for November 1-4, 2022. For more information, please visit www.semashow.com.