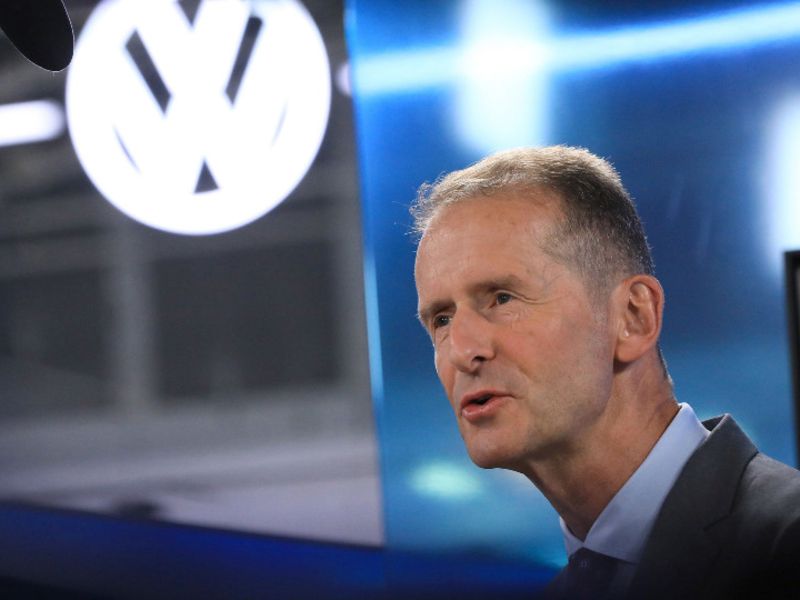 Volkswagen Group is ready to team up with peers and technology companies to boost the scale, speed and savings on software development as companies including Tesla and Intel have left the biggest automakers behind.

The automaker doubled planned digitization spending to $31 billion as part of a five-year plan last year that is coming up for its annual review next month.

“Opening up our technology platforms to others is part of our strategy to leverage economies of scale,” Diess said.

VW has little time to waste to get its software operations, pooled under the Cariad brand, off the ground. Envisioned as an agile, standalone unit, a number of software specialists have left and VW last year changed tack to put Audi in charge.

After electrification, turning cars into digital devices with subscription-based services is the next frontier for automakers. By 2030, more than a fifth of automotive revenue will be software-derived, according to consultancy Capgemini.

Diess’s comments follow remarks by BMW CEO Oliver Zipse last week, who said automakers should share expenses on basic software frameworks as they do not differ much from brand to brand.

But automakers have a checkered history when it comes to collaborating, having to overcome rivalries and different development cycles.

Daimler and BMW, only a few months into a partnership on automated driving technology, last year went their separate ways after failing to find a common path.

Earlier discussions among the three major German automakers on a joint operating system broke down over timelines, said Cariad chief Dirk Hilgenberg in a report published in WirtschaftsWoche this month.

Getting on top of vast amounts of data will be critical for autonomous driving, which Diess expects to trigger an even deeper disruption for the industry than the shift to EVs.

Alphabet’s Google is already prominent on car dashboards with the Android Automotive OS and Intel’s Mobileye last month announced plans for robotaxi services that could start pilot operations next year.

Apple, whose CarPlay interface is used by millions of motorists to control music, get directions and make phone calls, is working on technology that would access functions like the climate-control system, speedometer, radio and seats, according to people with knowledge of the effort.

“Car software is the last domain in which Europe still has a chance to build a strong position and compete with the U.S. and China,” said Diess. “Only a few complex software stacks will prevail,” he said, comparing it to the dominance of Google’s Android and Apple’s iOS systems in the smartphone space.