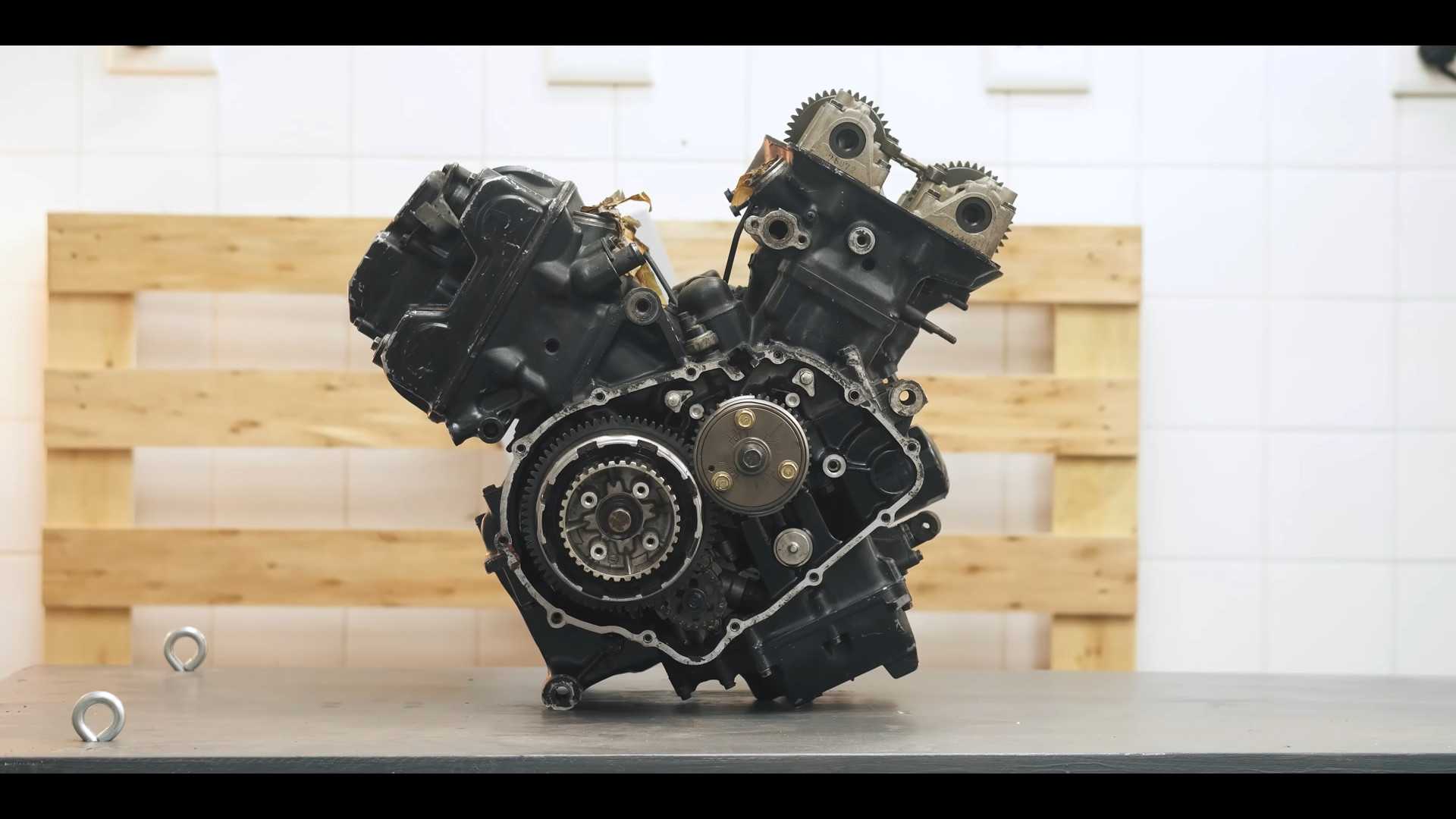 Spend enough time around gearheads, and you’re bound to see at least one interesting engine that’s been repurposed into a coffee table. After all, if there are two great tastes that go great together, they are absolutely wrenching and coffee. It’s cool to see, sure—but what if you have a specific engine in mind that you want to have the joy of turning into a coffee table for yourself?

In the case of YouTuber Chaos Causes, he decided that he really wanted to try his hand at turning a V4 motorcycle engine into a coffee table. When he was brainstorming this idea, he didn’t have a specific V4 in mind—he just knew that configuration was what he wanted. Since he wasn’t sure that he’d be able to find one within his budget, he also decided in advance that if his original plan didn’t work out, he’d settle for an inline four as a second choice.

Excited to start his next project, he headed off to his local bike breaker—where he found a most impressive sight, which you’ll see in this video. This particular breaker keeps their bike engines all neatly lined up on shelves inside an old shipping container, and it’s wall-to-wall engines, in varying states of (dis)repair.

Finally, CC spotted what looked like a dream engine. What was it? It was a Honda VFR400 mill. He wasn’t sure if it would fit in his budget, but you don’t know until you ask, right? Luckily, it seemed he was able to keep the cost in line, and was able to bring it back to his workshop to get started on the cleanup and teardown.

The rest of this video is spent taking the diminutive V4 apart, piece by piece. A few things were already missing, like the stator cover, some bolts, and some other items, but it was mostly intact. Since the engine was pretty thrashed, that of course made CC feel a bit better about his choice to use it for a coffee table instead of working to get it back on the road. Also, it made cleaning a bit easier, since normally questionable things like using a power washer don’t really matter if it’s an engine that you’re never planning to run again, right?

If you’ve ever wanted to see the inside of a VFR400 engine, you’ll definitely enjoy this video. CC is absolutely right in saying that those gear-driven cams are absolutely beautiful. In fact, by the end of the video, he was thinking about ways to display them under the glass. Since the VFR400 mill is so tiny, it seems that putting the cylinder heads back on might ultimately be the best way to go if he wants to make that distinctive V configuration extremely visible in the design.

At the end, CC sends the parts he’s going to use for the build out to be vapor blasted, so they’re beautiful and shiny and ready for the next phase of construction. Plenty of fans have already spoken up in the comments, offering great ideas about ways he can incorporate the connecting rods, pistons, and other parts into the overall design. It will be interesting to see how the whole thing turns out—which we should hopefully see in the next video soon.

KTM’s Pit Superior: Batteries not the ‘near future’ of motorcycles, against hybrid engines in MotoGP | MotoGP